Katrin Kuhlmann is the president and founder of the New Markets Lab, a nonprofit law and development center. She is also a lecturer at Harvard Law School and an adjunct professor at Georgetown University Law Center, and she serves as a member of the Trade Advisory Committee on Africa of the Office of the U.S. Trade Representative (USTR). Her areas of focus include trade and development, economic law and regulation, entrepreneurship, regional trade, and international legal and regulatory reform. She is published widely and frequently speaks on these topics, and she has testified before Congress on several occasions. Ms. Kuhlmann is a member of the Advisory Boards of the Law and International Development Society (LIDS) at Harvard and Georgetown Law Schools, the Bretton Woods Committee, the Trade Policy Forum, and the Trade, Finance, and Development Experts Group of the E15 Initiative led by the International Centre for Trade and Sustainable Development and the World Economic Forum. She serves on the boards of the Washington International Trade Association and Malaika Foundation and is a member of the Portland Communications Advisory Council. Ms. Kuhlmann was previously a Wasserstein Public Interest Fellow at Harvard Law School and a senior adviser at the Corporate Council on Africa. Earlier in her career, she was trade negotiator at USTR and practiced international law at Skadden Arps and Dewey Ballantine. Before founding the New Markets Lab, she held leadership positions in several nonprofit organizations and think tanks, including positions as a senior fellow and director at the Aspen Institute and transatlantic fellow at the German Marshall Fund. She holds degrees from Harvard Law School and Creighton University and was the recipient of a Fulbright scholarship to study international economics. 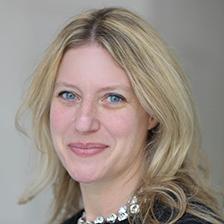 Most Recent From Katrin Kuhlmann 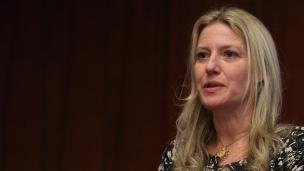 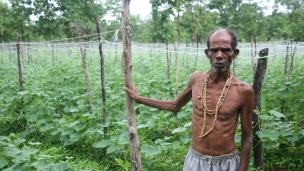 The Human Face of Trade and Food Security
By Katrin Kuhlmann
December 11, 2017
View all content by this expert